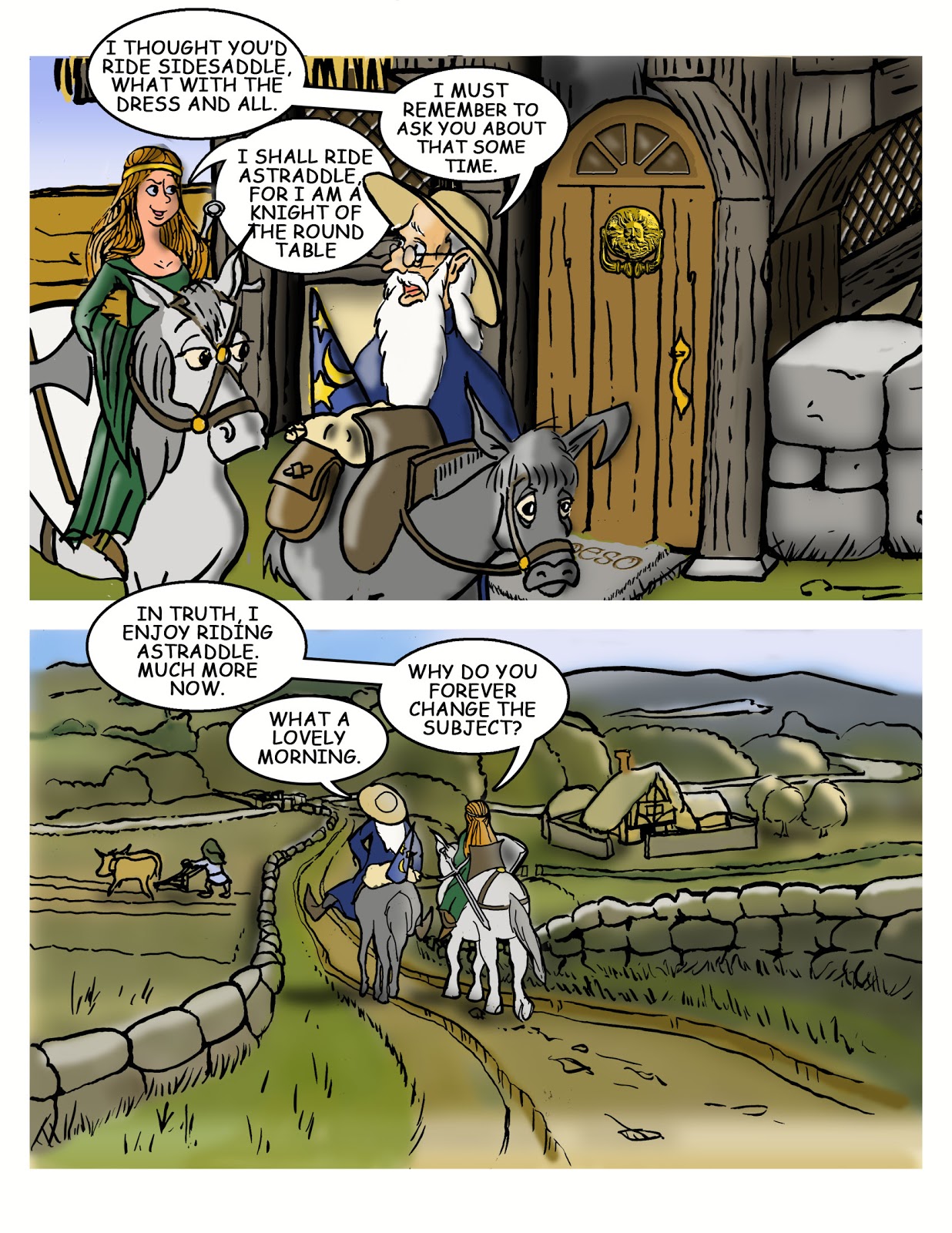 Yes! I'm quite sure!

At least there are no tractors in the fields!

Well... They HAVE left Myrddyn's cottage.Then again, to get pedantic, the Arthurian stories are steeped in anachronism. If Arthur existed, he would have lived in the 6th century, and he and his warriors would have accoutered themselves similarly to Romans - at least when going into battle. There would be no plate armor (at least not medieval armor), castles, or even knights (knighthood was a direct result of the stirrup's introduction to Western Europe around 1000 BCE). The romancers from whom we get the stories wrote in the high middle ages and set the stories in that period - which would, indeed be as anachronistic as placing a tractor in that field.