I’m the first to admit that I probably spend way too much time being absolutely gobsmacked at the acceptance I’ve gained from my friends who are genetic women. I am especially impressed by this acceptance in light of the fact that I am not transitioned. And with this admission I further admit that I am perpetuating a ludicrous trans pecking order which does none of us any good. And all of this has more to do with my own self-esteem issues than the subject upon which I had intended to comment, which is…

I don’t. And, if you’re part of my regular readership (the breadth of w 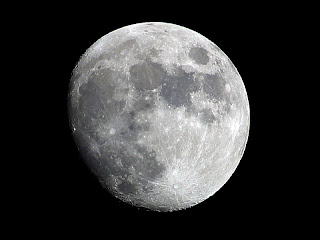 hich completely escapes me) you most likely don’t either. But my daughters do, my business partner does, most of my colleagues do (teaching being a female-dominated profession), and most of my friends do (though many are post menopausal and therefore used to). Forget all the rest of the accoutrement (well, yeah there’s childbirth and multiple orgasms – though usually not in that order), if there is one thing that makes me acutely aware of my status amongst my cis-sisters it's the lack of that monthly visit from Aunt Flo. I’m not saying that I envy it, but I am in awe of it.

On the lowest level, I am in awe that women can go through this every month and still maintain, still function personally and professionally. But I’d rather bring this up to a higher plane. It’s been noted that women in groups tend to menstruate at the same time, hence the red tent in Anita Diamant’s novel of the same name, in which the women of Jacob’s family live during their time of the month – all together, if I recall. Connect this monthly cycle to the monthly cycle of the moon, and you have something very powerful, something that connected the women of a tribe with the earth and the heavens, a magical synergy which linked women with the cosmos in a way that was denied to men.

In this light, I have no problem envisioning a time when the power of the tribe’s or city’s (an early city being the size of a small town in which everyone knew everybody else) women was recognized and when women’s wisdom was respected and revered. This would have been a time of matriarchy. It would not have been a time in which power was seized by the most violent within the community, but, as I said, a time in which spirit, wisdom, and connectedness were recognized and listened to.

If I say “queen,” I envision a female version of some medieval lunkhead hacking and hewing his way to the throne (or at least sitting on a throne to which his grandfather hacked and hewed his way). I don’t see that here. I see someone more akin to Mother Judith, the priestess (she’d probably blanche at the word) at my parents' Episcopalian church: a mature woman who has known responsibility, parenthood, pain and connection with the spirit. A woman who can give damn good advice and to whom people listen -- if they have half a brain. An Earth Mother.

Such an individual possesses the experience needed to deal with the “real” world along with the intuition required to evoke the Spirit. Such individuals, I believe, will eventually be the salvation of humanity.

So where does that leave transwomen? Where does this leave me? I started this post after having read Kate Bornstein’s rebuttal to a transphobic essay by Germaine Greer. In so many words, Ms. Greer calls transwomen “ghastly parodies.” Ms. Bornstein counters it well, but the epithet hit home. I have felt the import of those words and I feel it as I write this. “But you’re not a woman.” I’ve heard it more than once from more than one person, and though it does not contain the bitterness Ms. Greer’s pronouncement, it means the same thing. I have no hard and pat answer to it other than this:

Today I called into the Creatrix Media Live! podcast hosted by my friends Jayne and Aniitra. The host was Dr. Miriam Robbins Dexter, an archeomythologist, linguist and instructor at UCLA Women's Studies Program, and the talk was on matriarchy and patriarchy in ancient Europe. My question was typically self-serving: what was the position of transwomen in ancient cultures? Dr. Dexter’s answer was one which I had expected and one which brings me back to a sense of balance and peace. We were the shamans, and a tradition of transgendered priestesses is recorded as early as the early Mesopotamian cities and most likely existed far earlier.

Transwomen may not menstruate, but that does not exclude us from a larger sisterhood marked by such qualities as intuition, compassion, empathy, and nurture. I was once reminded, early on my road to acceptance, that not all genetic women menstruate. The boundary is not so clear as it may seem to Ms. Greer.

When I hear two of my friends complaining about their hot flashes, I’m mixed. I’m glad I don’t have to put up with hot flashes of my own, and I’m saddened not to be part of the inner circle. 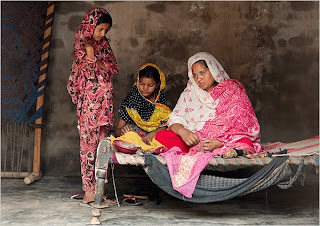 My friend Shaktima Brien posted this New York Times article on Facebook, and I want to give it to you.
Posted by Gillian at 1:25 PM No comments: