Posted by Gillian at 9:45 PM No comments: 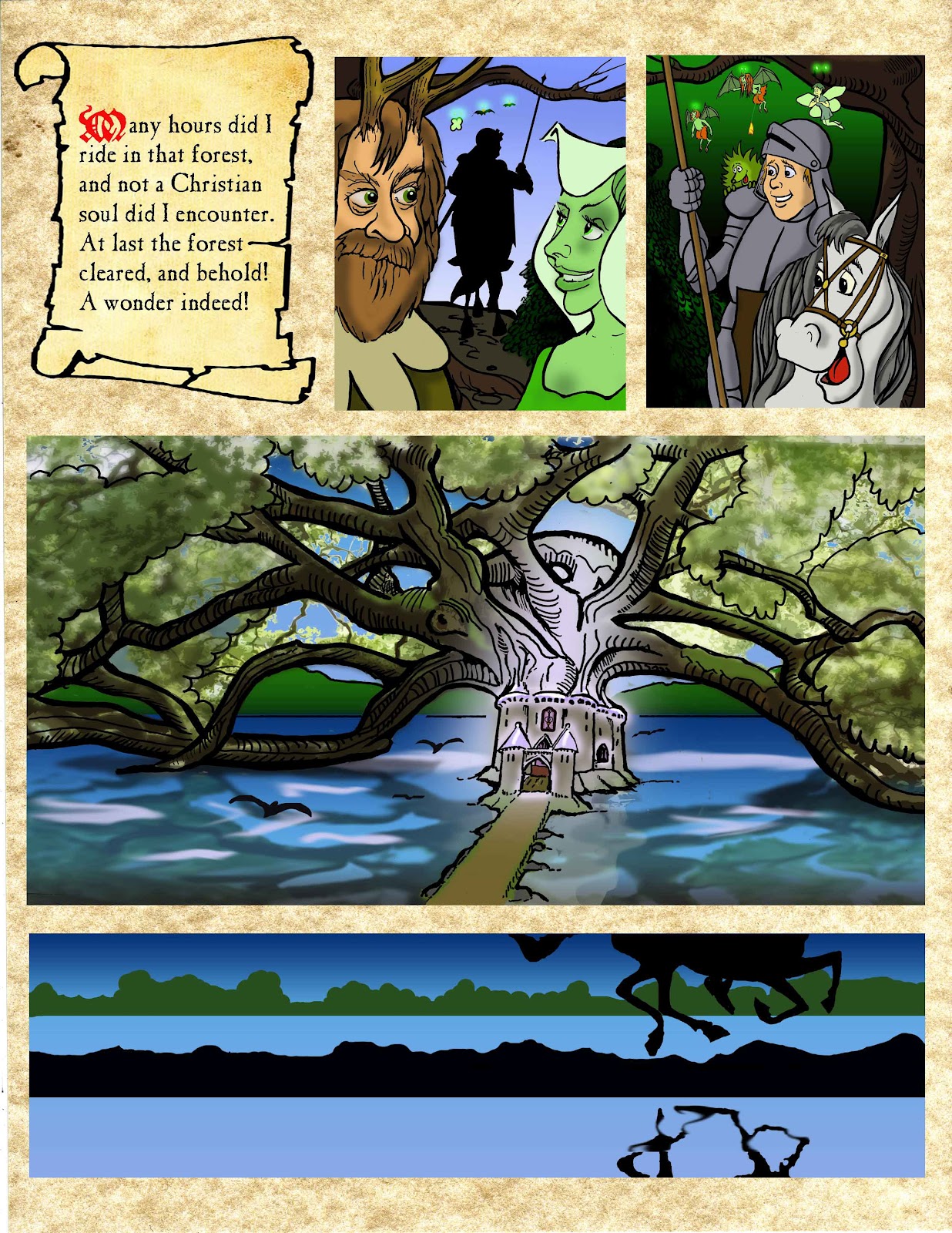 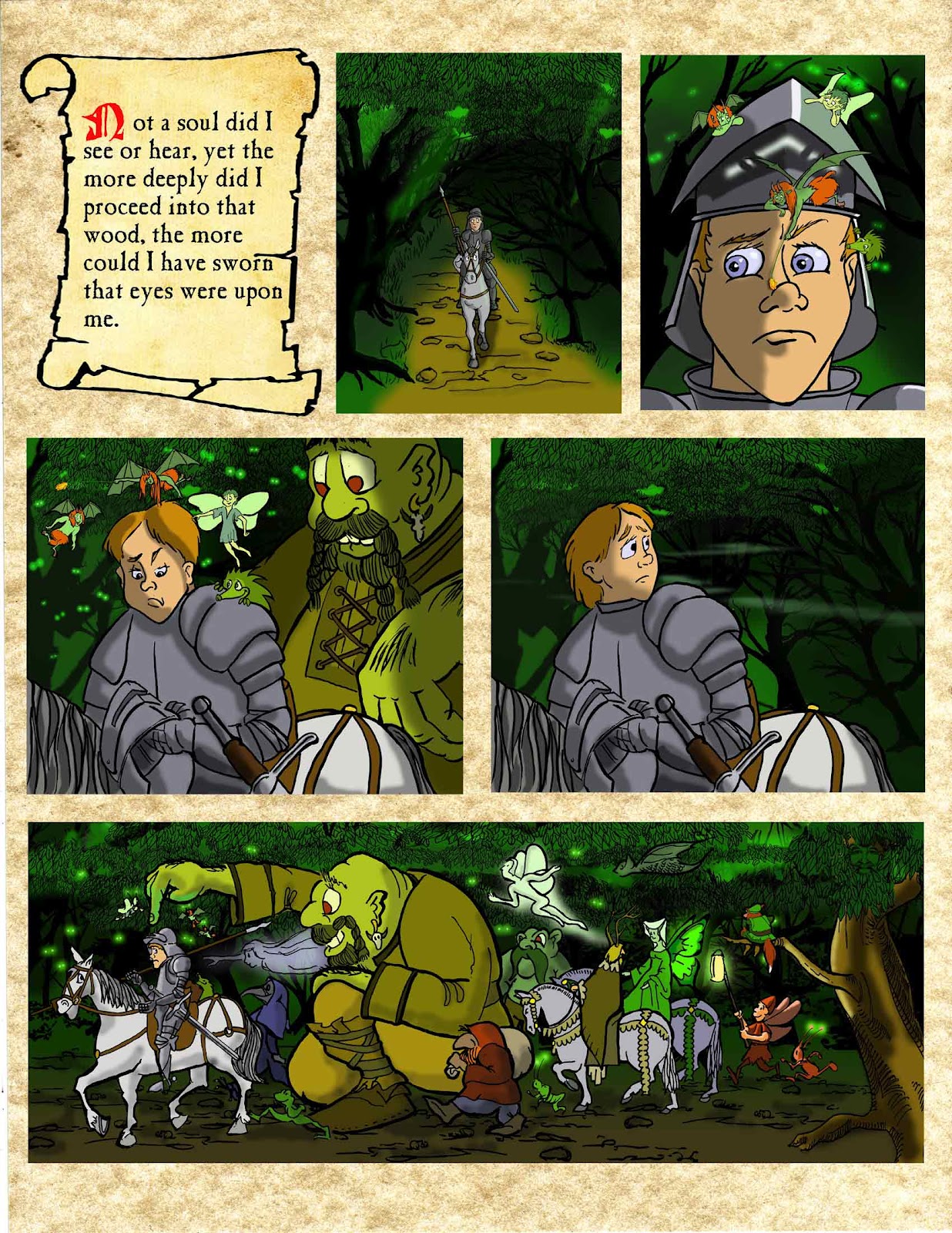 Did I mention last week that Brocéliande is populated with fairies?
Posted by Gillian at 10:10 PM 4 comments:

We Have a Winner!

Darya Teasewell has correctly identified the parodied work of art in this week's page as Albrecht Dürer's engraving "The Knight, Death, and the Devil." Here's the original: 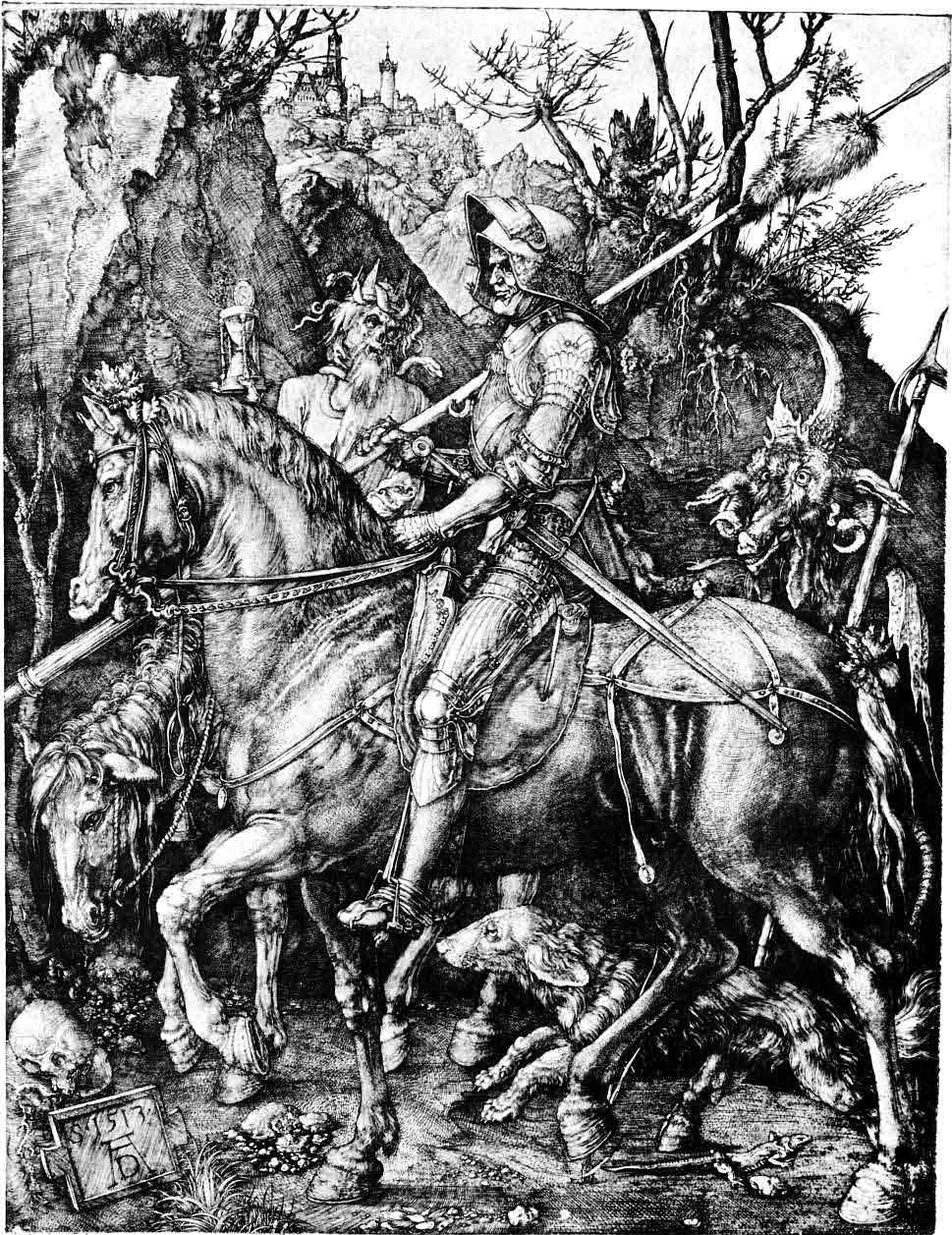 At 1513, this knight is a little late, but who really cares? The rendering of the armor is gorgeous and this has one of the coolest devils in art history. Calogrenant is obviously not the seasoned veteran in this engraving, but his spirit is the same - he will not be cowed by death or evil, but will be the perfect knight. Is Calogrenant an idealist? Certainly. And why not? But Calogrenant's honor and fearlessness will lead to...?

Meanwhile, Darya will receive a signed print of this week's Calogrenant page on museum quality art paper, hopefully, over lunch at some venerable Los Angeles eatery. 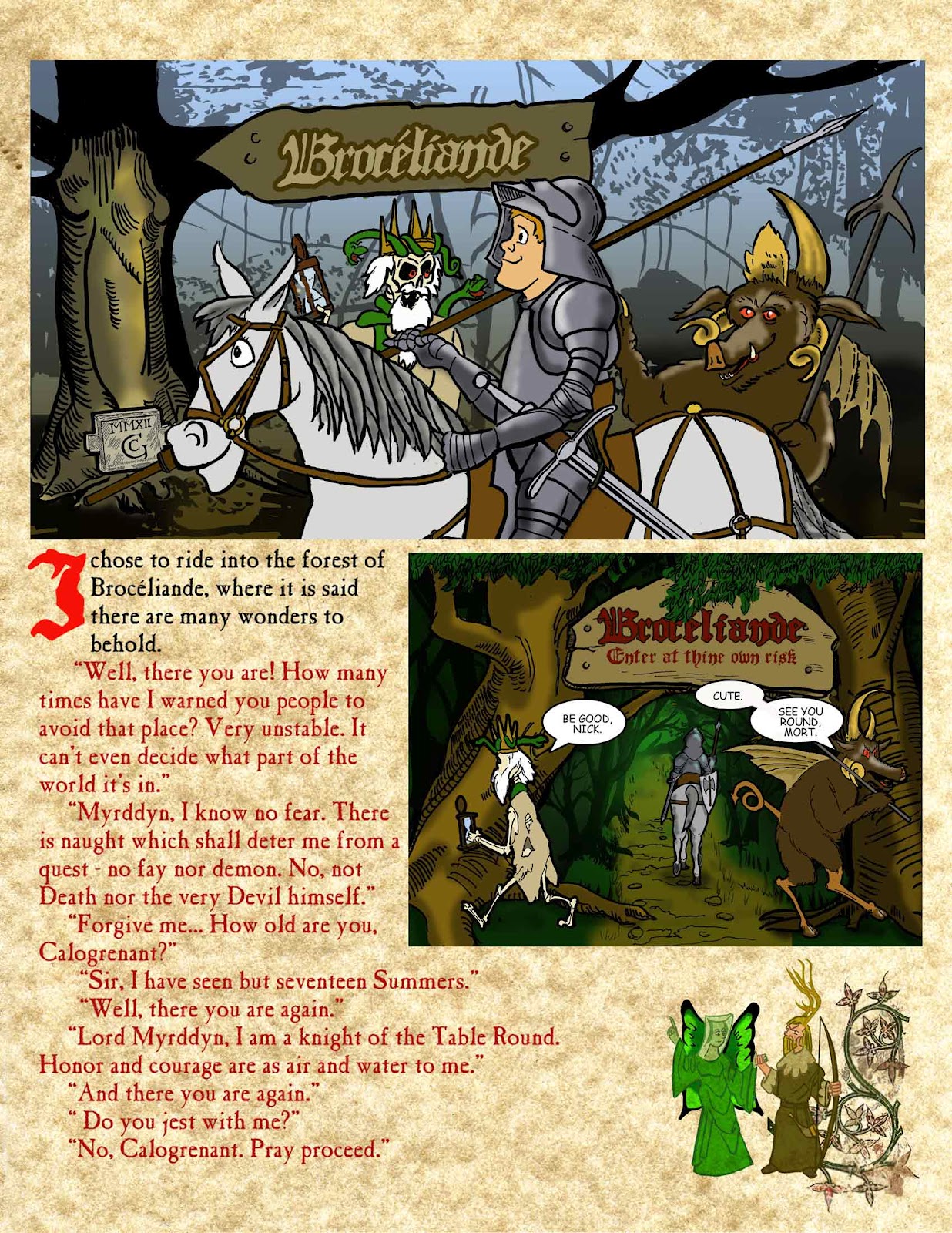 Oh! And a prize to the first person who can tell me what work of art is directly parodied on this page.
Posted by Gillian at 12:35 AM 9 comments: