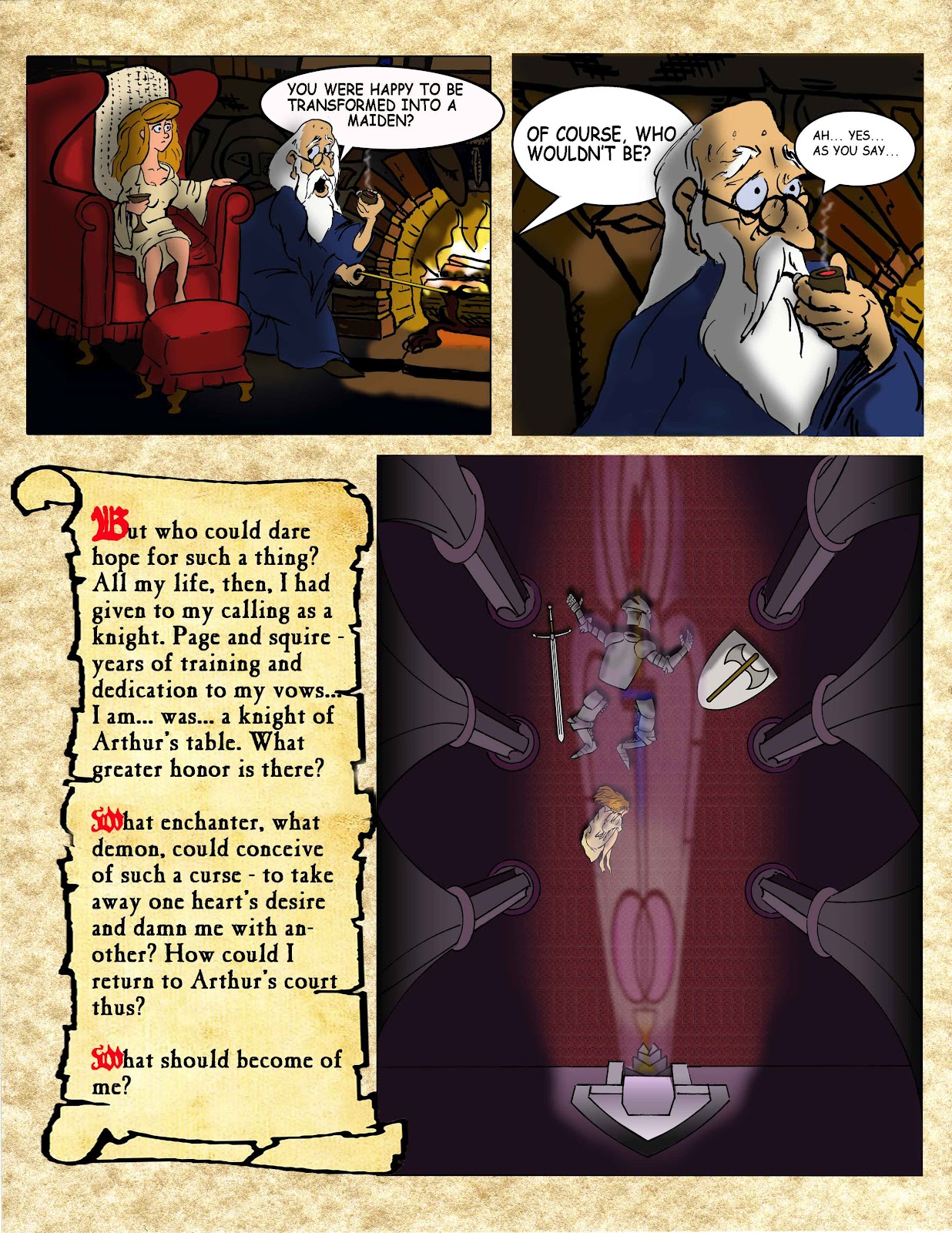 More than a decade ago, when I began to really deal with who I am, I remembered a symbol which was I first consciously experienced when I saw it on the cover of the Chalice Well at Glastonbury, a reputed resting place of the Holy Grail. Two overlapping circles creating an oblong. From a mundane point of view, it's a Venn Diagram, but its more spiritual name is Vesica Piscis (which translates, unromantically, to "fish bladder). It is ubiquitous in sacred geometry and represents, amongst other things, the duality of the universe. Since I was accepting my own duality, I took it as a personal symbol.  I don't want to tip my hand too much as to what it will mean to Calogrenant (particularly because her tale and its implications are still playing out within my mind), but it is there, behind her future growth, as much as are the chalice and the blade which bisect it.  Here are a couple of links for those who might want to further explore the Vesica Piscis.
Library of Halexandria
Symbol Dictionary
Posted by Gillian at 8:28 PM No comments: 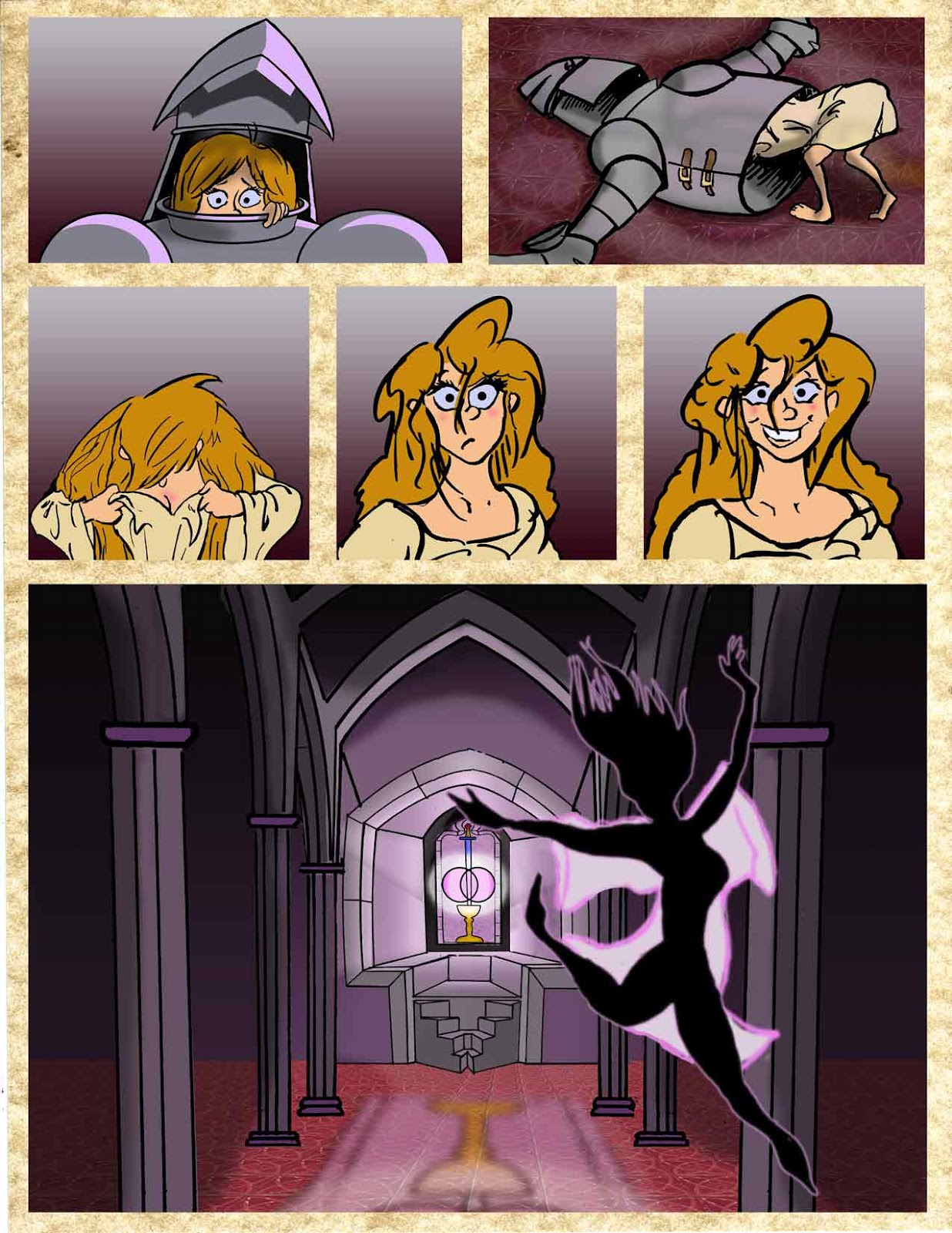 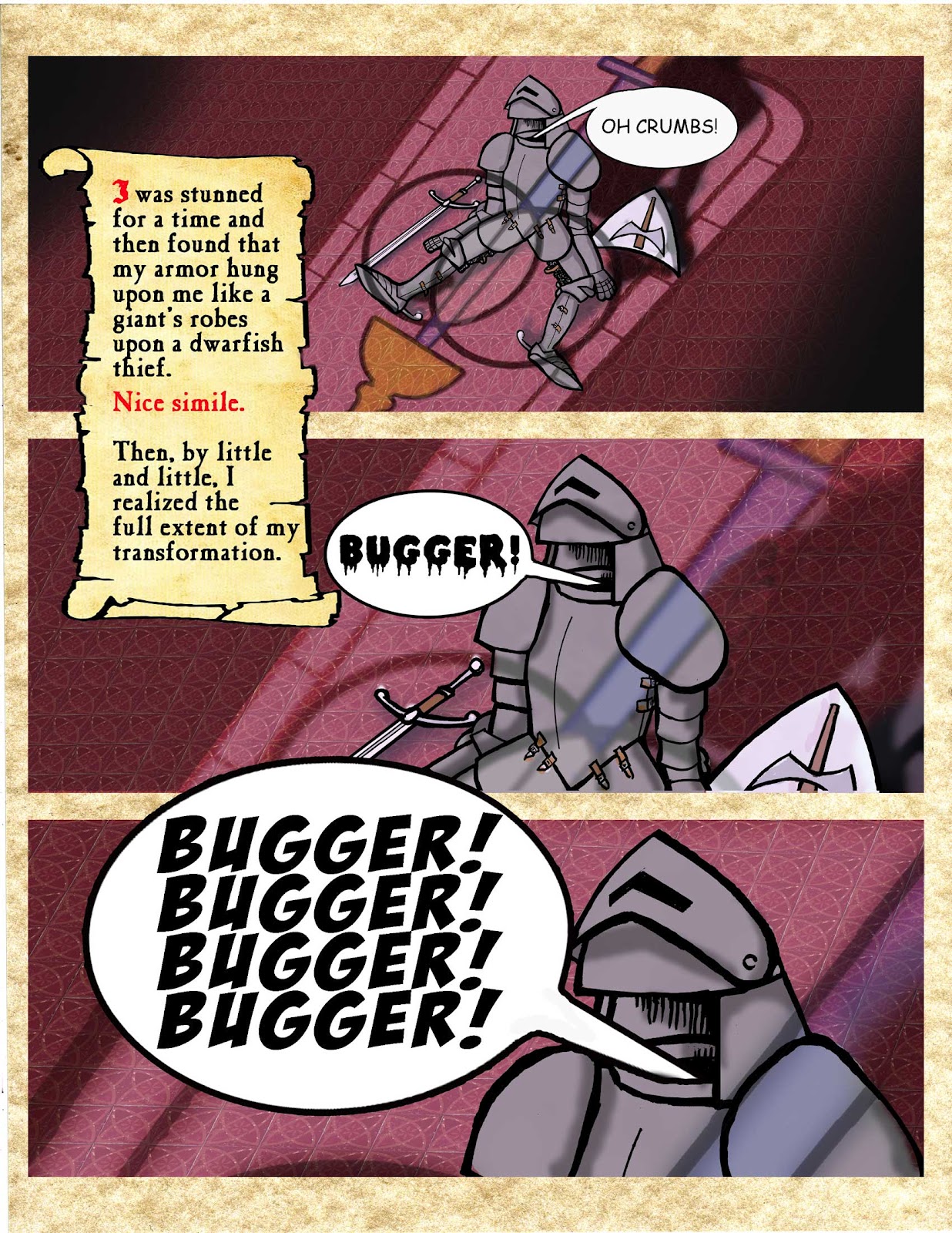 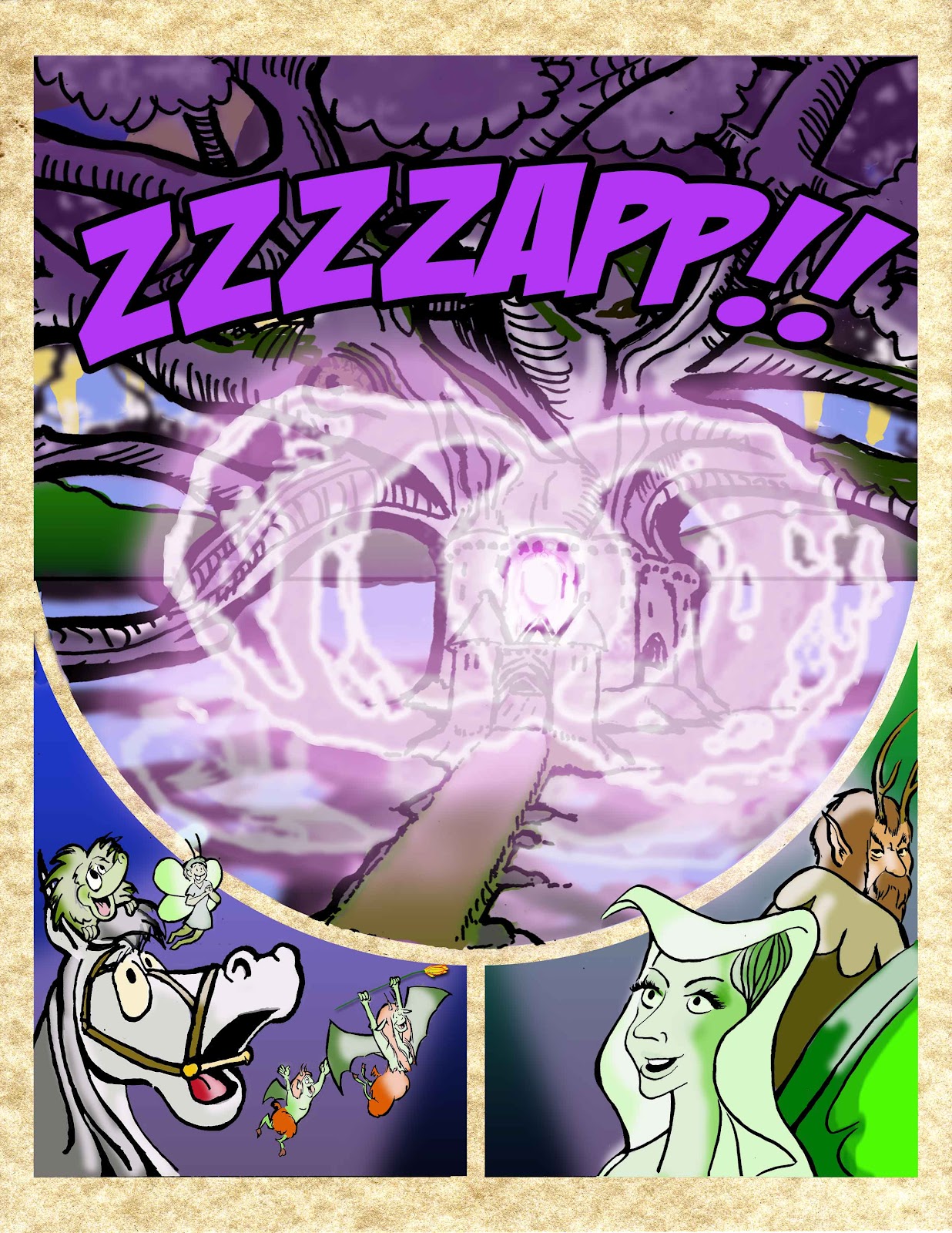 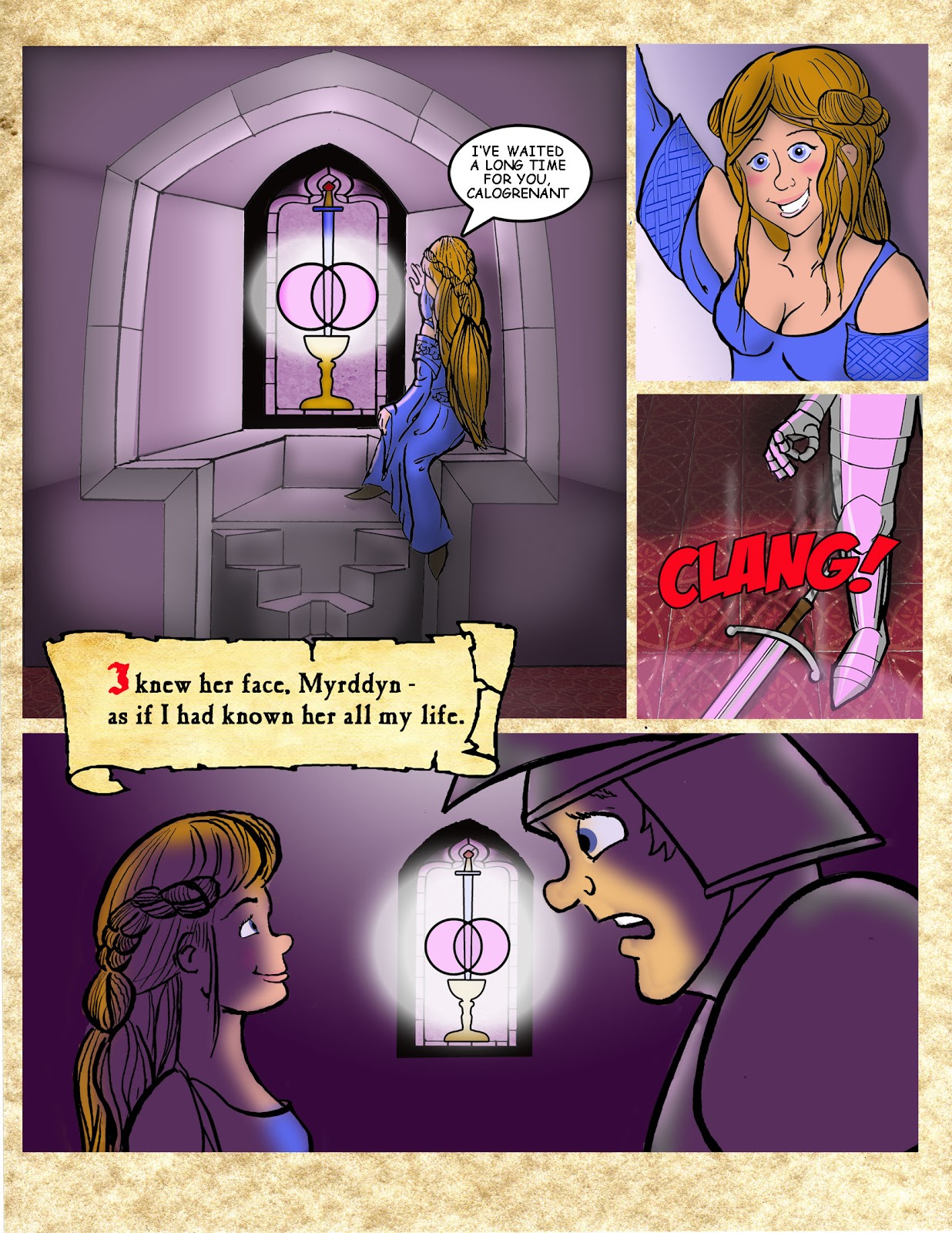