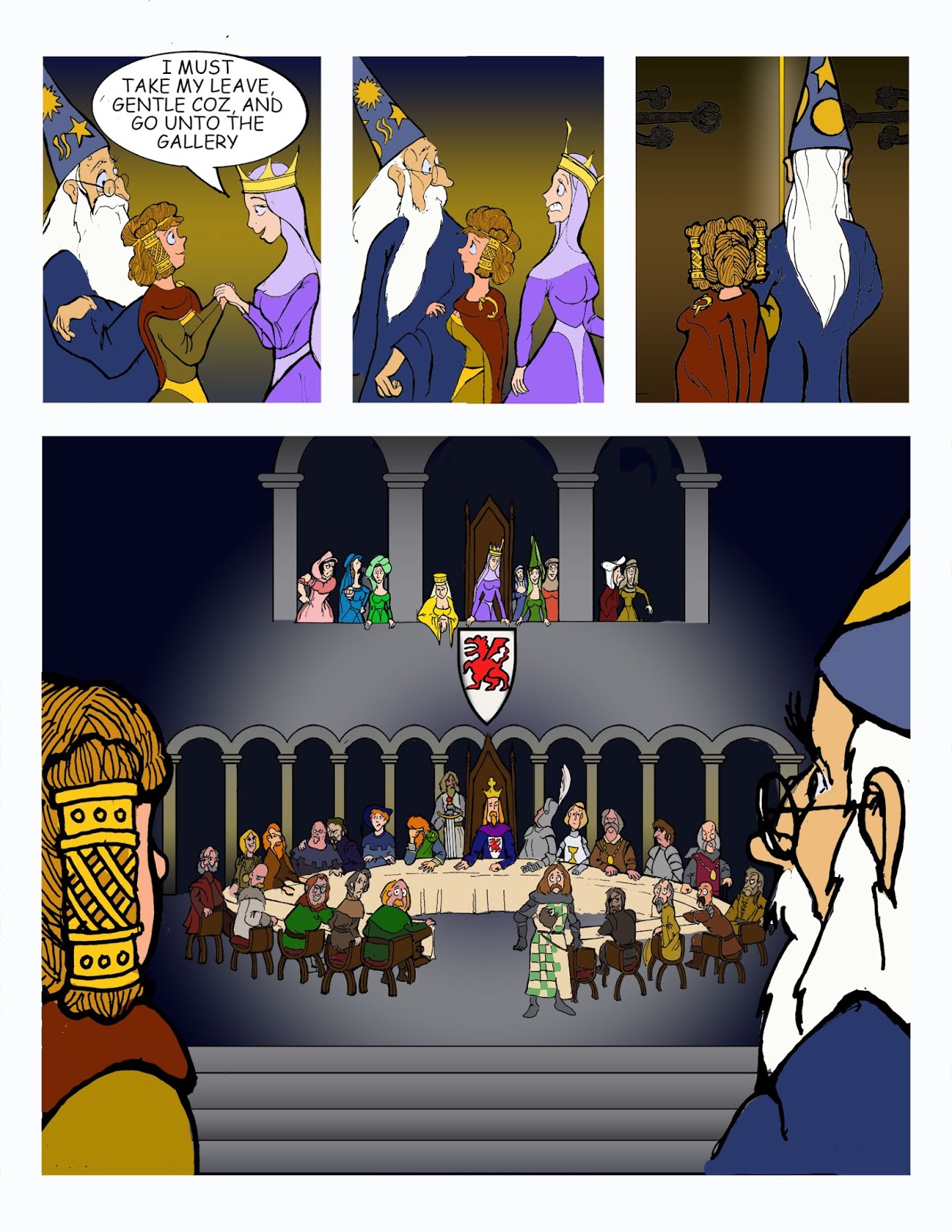 35 figures in one frame!

No wonder you were a little delayed...

Actually, it was the coloring and the architecture that held me up. I would have brought it in on deadline if it were not for bunches of errands and favors (and hanging with my girls) that came together this weekend. Summer's here, and I intend to get a backlog of pages together.

Thank you for the family tree and information last week. All the details were well worth waiting for. You never disappoint with your artwork and intriguing storyline. I don't think you know the word no when it comes to helping others and your beautiful daughters deserve time with you on a special week-end. Again thank you for another exciting week of adventure. Elizabeth

Thank you so much, Elizabeth. I've said many times that this is a labor of love - and I mean that in many ways. Not only does it deal with things in my heart and been a means of developing some long-neglected skills, but it has also made me many friends. Storytelling is not something one can do alone; it is an act of sharing.

And my daughters are, indeed, beautiful, and I had a wonderful time with them at the LA County Museum of Art and at the Farmers Market. They are engaging, funny, and fascinating young women.

I don't see an empty chair at the table for Calogrenant. That speaks volumes!

Mostly it says that I was in a major hurry to get this in on time and forgot to put it in.

I'm reminded of the story of the rabbi from Chelm who was traveling with his eight students to a conference in Krakow. They were crossing a river when the ferry capsized. Having swum to the riverbank, the rabbi said to his head student, "Mendel, are we all here?"
"I don't know, Rabbi."
"Count noses. There were nine of us."
Mendel counted. "One, two, three, four, five, six, seven...EIGHT! Rabbi! We're missing someone!"
"Leybish! You count!"
"Certainly, Rabbi. One, two, three, four... Rabbi! Mendel is right! I count only eight!"
And each of them, including the Rabbi himself counted, and they could only count eight. So they went back to Chelm and said Kaddish. And the whole village went into mourning, but none could figure out for whom.