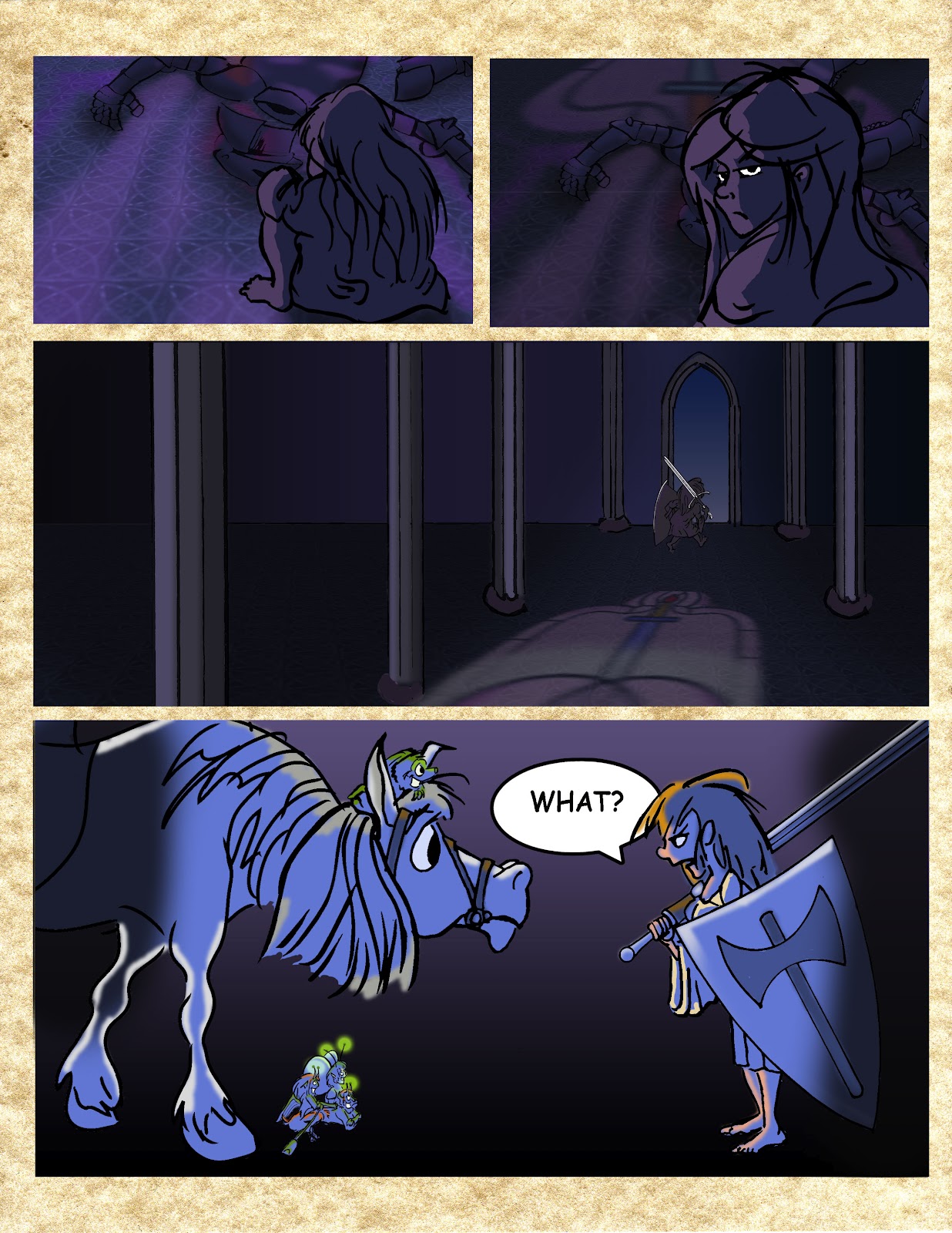 Did the final frame of Week 12 and all of Week 13 actually occur before (in time) the exchange with Myrddyn in Week 12 in which Cally responded 'who wouldn't be' to Myrddyn's question/surprise that she was happy to be a maiden? It would seem that flashbacks are occurring.

Also, the 'dark' frames in Week 13 would seem to be more symbolic than real. They don't look like the same real physical space appearing in Week 8 or 11.

Oh, yes, this is all in flashback. We begin en medias res. So Cally is still telling her tale to Myrddyn. I figure we'll be back to the present in about 5 weeks or so. The dark frames are the same room, but Cally's been sitting there for some time, and the sun has gone down. But there the frames are symbolic as well. The most dismal time of day (for me, at any rate) is dusk, at least from indoors. As you mentioned this morning, Cally's got some processing to do. In the final frame, Cally, the horse (who needs a name) and the fairies are in front of the castle and lit by moonlight.