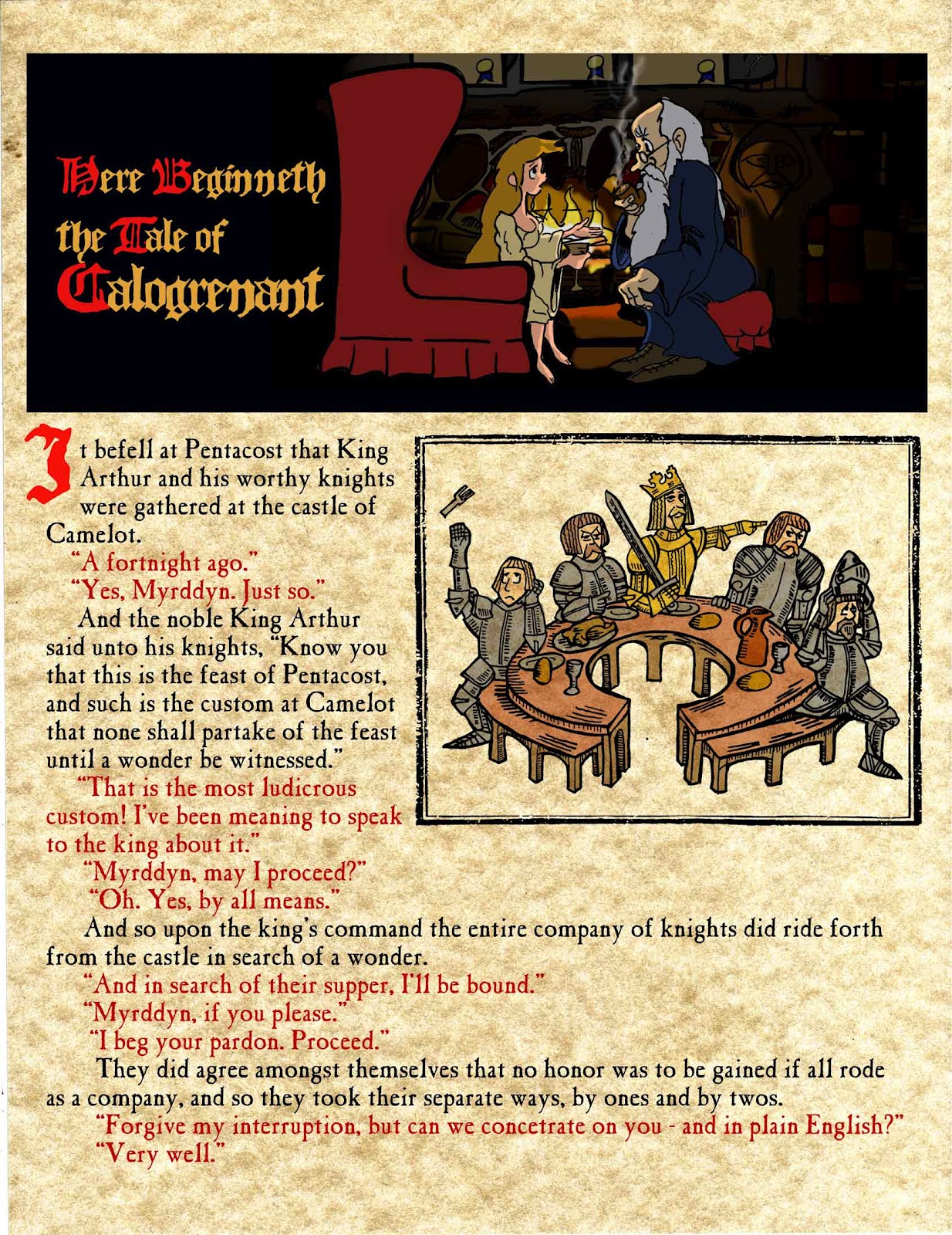 You have tweaked my interest Lady Gillian. I have had to find from wence you received your story you relay to us. Alas, it would be a wrong and unladylike and terribly unseemly to reveal the 'ending'; so I will keep it a secret unto my breast until such time as you reveal, with your poetic skills, the story to us

Another thought occurred to me. Were it only so easy to be transformed.

Zoë, if there's one thing I've learned from studying folklore, romance, screenwriting, and storytelling it's this: The tale is in the hands of the teller, and the teller can transform it as much as she wants. The first thing I did when I began to adapt this story was to change the ending. Then I changed the beginning. At this point, there are only three or four plot elements left of which I am consciously aware. When I called this a free and liberal adaptation, I wasn't kidding.

But as I mentioned above, that is the prerogative of the storyteller. (With the caveat that one is working with folklore. I think the Demi Moore version of THE SCARLET LETTER is one of the dumbest things ever put on film, and I could only watch so much of TROY before I turned it off in disgust.) I used to get huffy when I'd read a book or see a film that took liberties with the Arthurian legend, but that's how the Arthurian legend grew - by storytellers taking liberties.

Would that, when the transformation occurs, more people had Myrddyn's attitude. That would ease it considerably.

As for the work of the storyteller, I can only say weave your tale, though I must admit, knowing its poetic heritage puts the story in some context, which, for me anyway, is important. As for Myrddyn's attitude—Here! Here!

One other thought about tale weaving. Few stories on the planet are new or pristine. All have been worked, and reworked and, can i say, 'liberated' at least somewhat.

Just out of 'satiable curtiosity, Zoë, is the source you are referring to mentioned in Gender Transgressions? I intend to order that with my next paycheck. My source is an excerpt from Claris et Laris translated by Dr. Helen Nicholson, who gave her kind blessing to the project. I've heard of another Calogrenant romance that is somewhat closer to my theme, but I've not been able to chase it down, which I suppose is just as well. This has been taking shape quite well as it is.

I didn't look in Gender Transgressions. When I found the book it was on Google and somewhat difficult to read in that format so I didn't examine it in detail. The source I'm using is the same one you found, namely Claris et Laris translated by Dr. Helen Nicholson. I did a very inexhaustive search for other tales but found nothing. I found an abridgment entitled ""CLARIS AND LARIS" Translated and Abridged by MR. PORNEY * The History of Claris and Laris, A Romance of Chivalry. Extracted from a manuscript in the possession of Mr. De St. Palaye, and relative to the history of the Twelve Worthies of the Round Table." which made no mention of Calogrenant. Here's the link:

There is a reference to some documents/books on this webpage that you might be able to make some sense of.

That's about all I was able to find.

Thanks, Zoë. I'll chase it down.